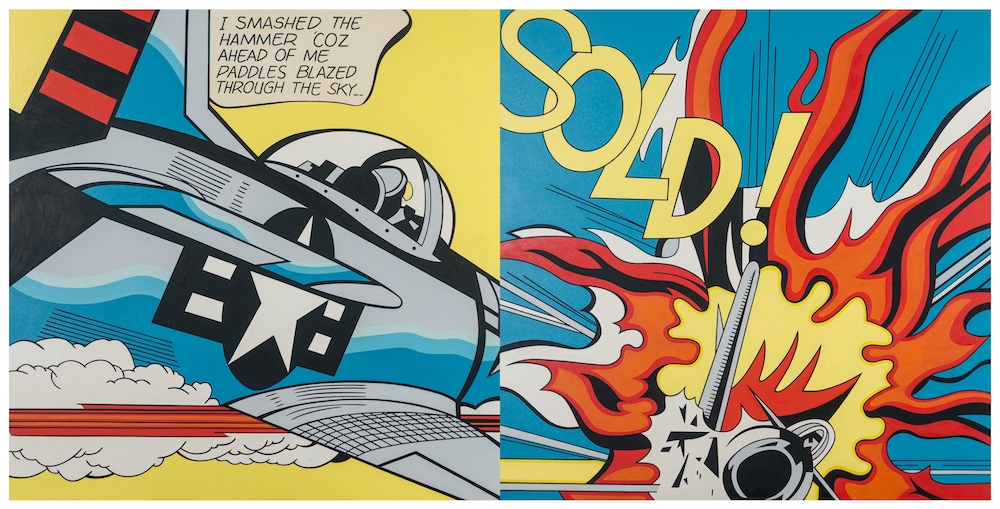 The work is a re-imagining of Roy Lichtenstein’s “Whaam!” painting. The original depicted a fighter plane destroying another one in the midst of combat. It also showed what thoughts occurred to the surviving fighter pilot at that instant. A moment of glorious victory.

In this version, I used the same analogy for how an artist feels within the art market and his pursuit of an art “career”. It is always about survival. A fear and anticipation of whether or not you live to paint another day or you would have to rebuild or be lost in obscurity. Whether it’s a show or an auction, the artist’s future is in the hands of another – a gallery, a curator, an auction house and so on. The artist can only do so much, can only put out his best, but the true battle begins when the work leaves the studio.

Am I good enough? Will this sell? How do I keep my integrity? What will I paint next? What does this mean? Who will like this? These questions and a million others plague the artist with every canvas and that in itself is another war.

Same with the thoughts and sighs of momentary relief in Lichtenstein’s “Whaam!”, the word Sold has the same effect to an artist. A temporary alleviation of the fear and dread that comes every single time we put ourselves out there. 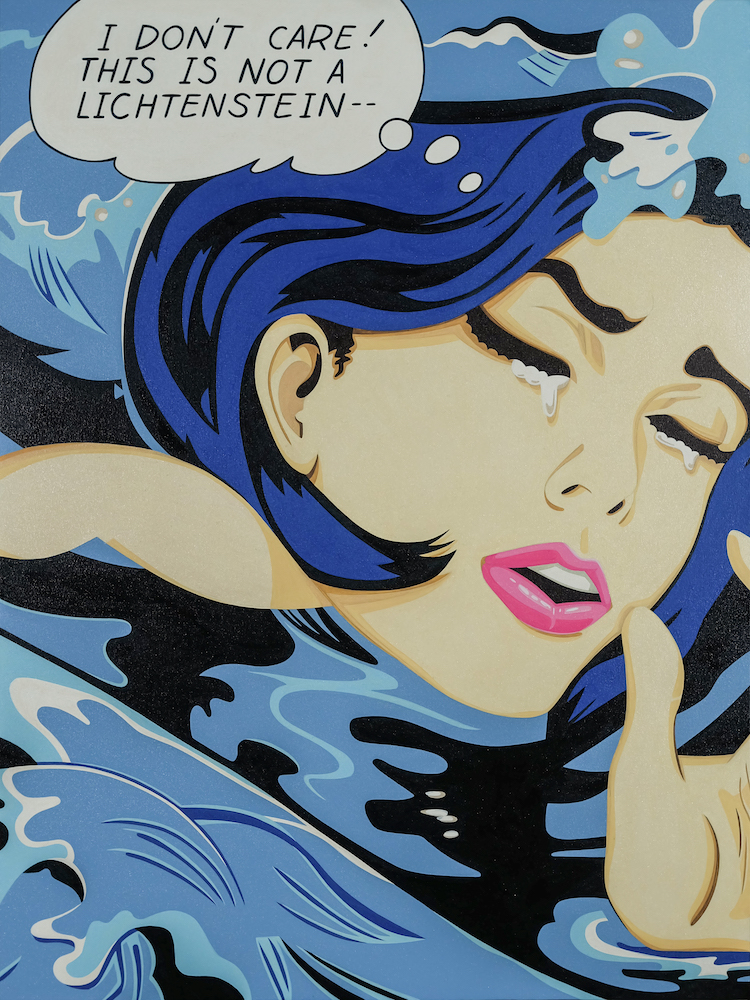 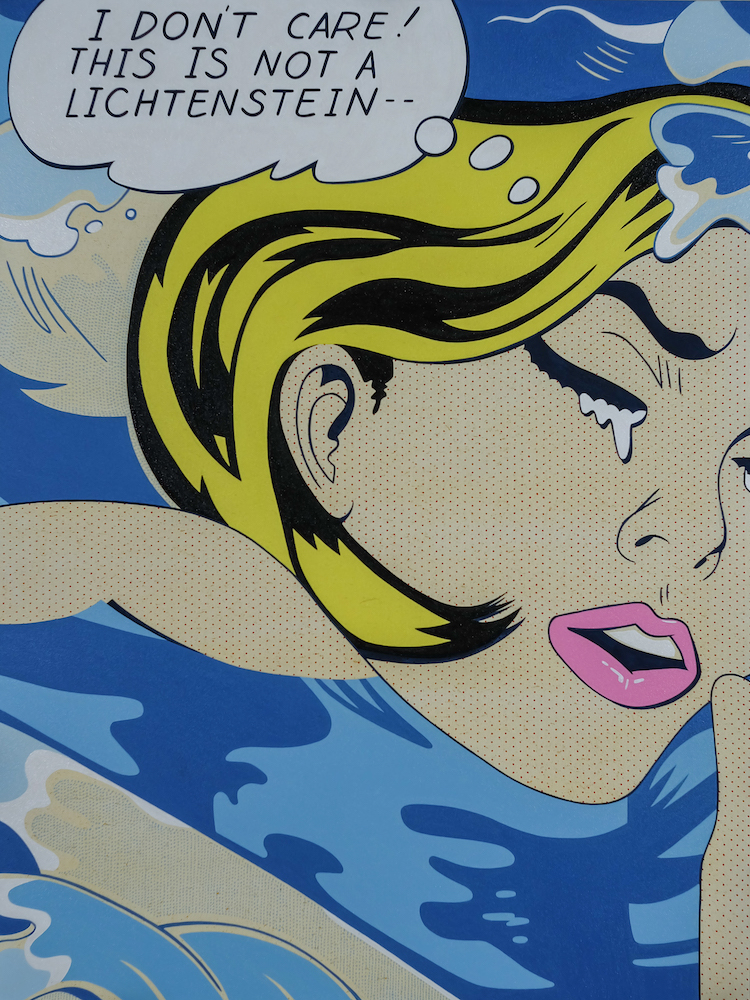 Not A Lichtenstein 2
VLEW LESS

This series is based off Roy Lichtenstein’s “Drowning Girl”. In the original, the drowning girl says, “I don’t care! I’d rather sink – than call Brad for help!” Even in the face of danger and doom, the girl chooses to preserve her pride and dignity rather than call for “Brad”. There is a dark humor in that stubbornness. It may seem foolish but at the moment makes sense and becomes a determined decision for the girl.

My version says, “I don’t care! This is not a Lichtenstein –”. The sentiment carries the same sense self-worth (or lack thereof) and foolish pride as the original drowning girl. However, with this work

I also want to show a true sense of determination. I want the viewer to see that the work wants to exist, but exist on its own merit. It would rather die than become a Lichtenstein.

Born in 1980. Lives in Manila, Philippines

Ronald Caringal is like the Pop Art antithesis of a Pop artist. His works are expressed in vivid colors, meticulously laid down lines with familiar imagery and yet, they carry a deeper undertone that defies the surface. Pop art, mostly known for the celebration of contemporary influences narrowly escapes the artist’s grasp. The artist prefers to consistently ask the whys of everything in his works. Witty, funny, dark, crude and sometimes downright sarcastic, he plays his subjects – children’s book characters, pop culture icons, comic book images, portraits, erotica and even typography, like a psychiatrist wanting to state the obvious to someone oblivious to the point. A true reflection of modern day life in its aesthetic sensibilities and creative approach, the polish and finish of his pieces remind us of images we see on our smartphones, television screens, tablet and billboards. His works are like eye-candies for someone with a toothache. The fun is there but the tragedy is unavoidable. He shows us something familiar because he wants us to ask why it is familiar.