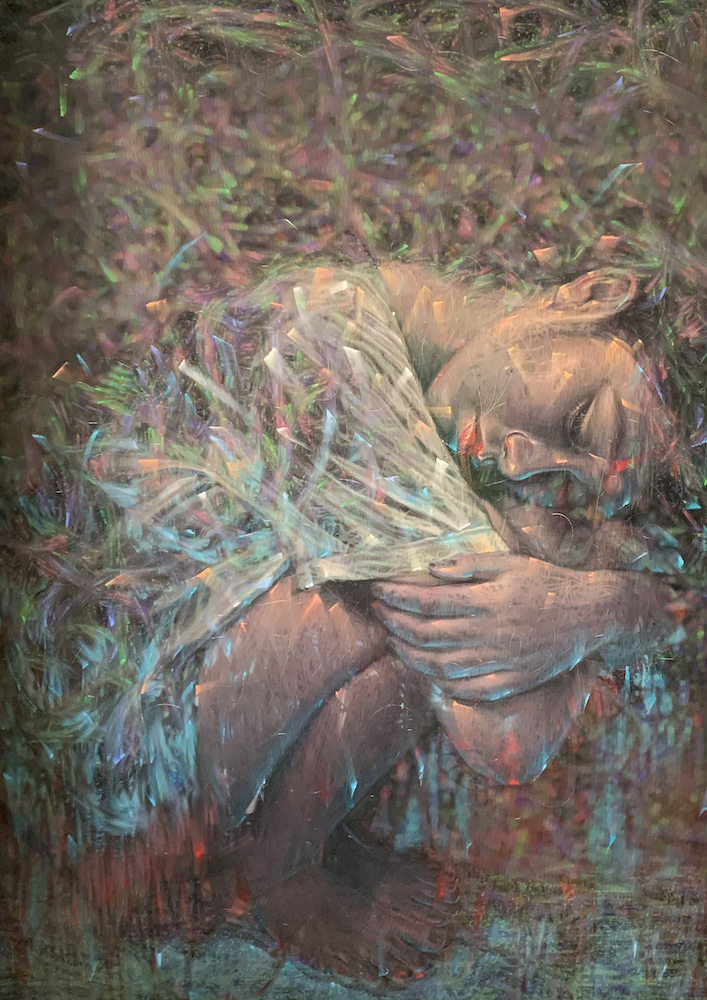 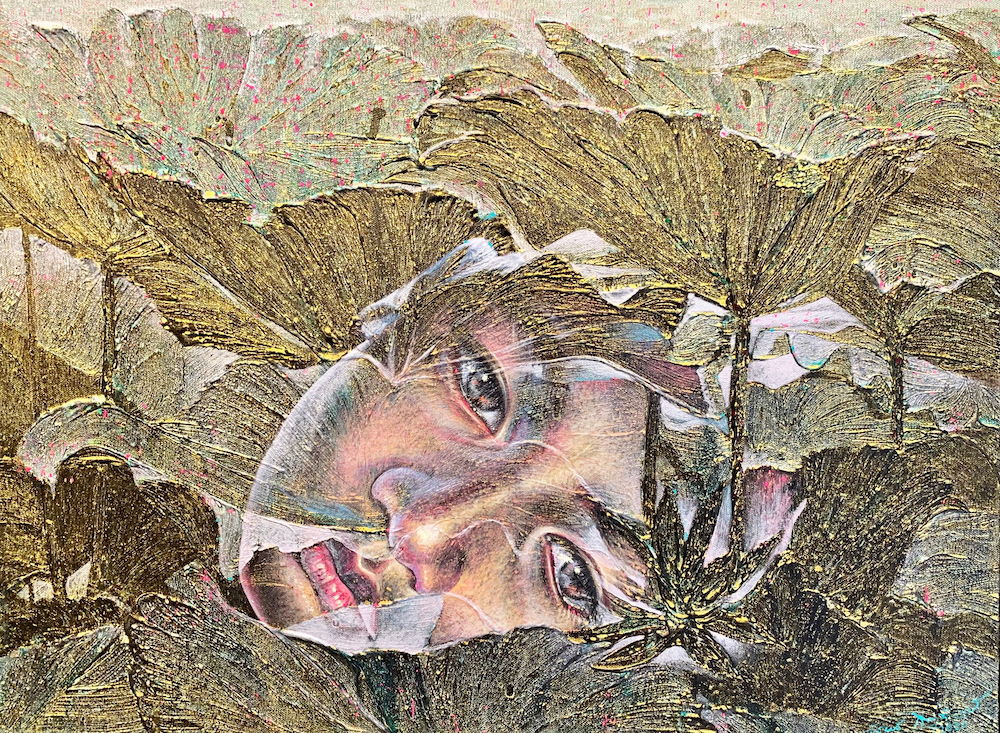 Submerged in the Lotus Pond 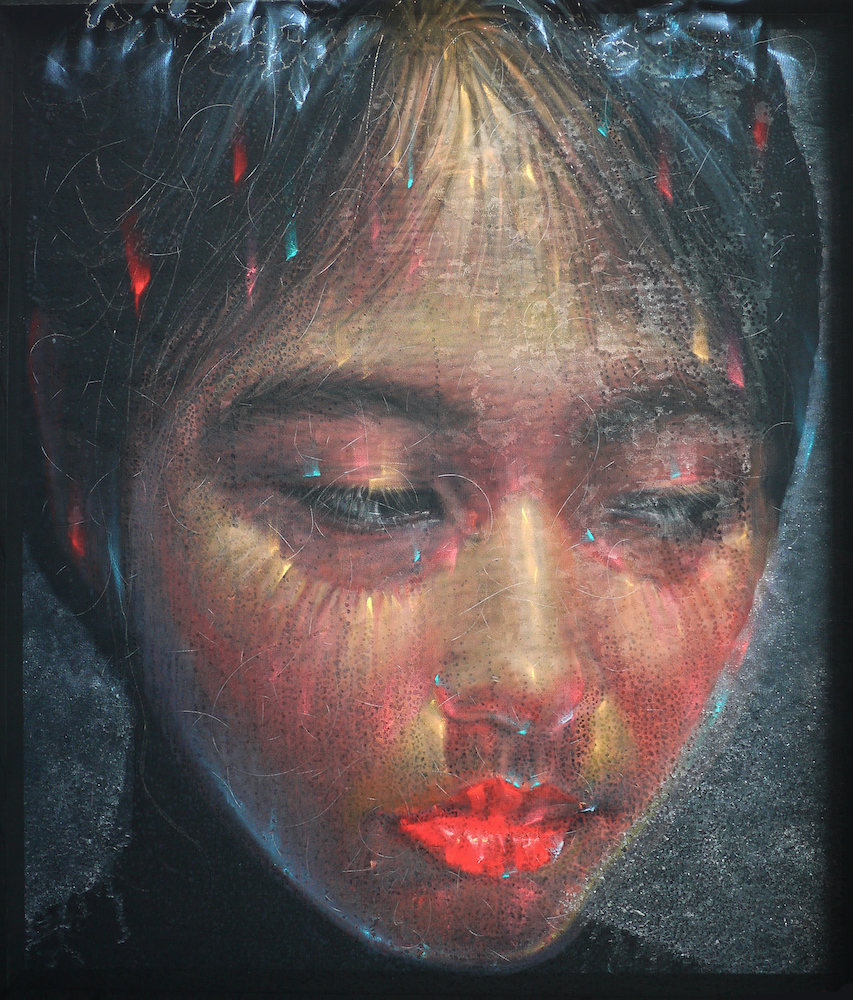 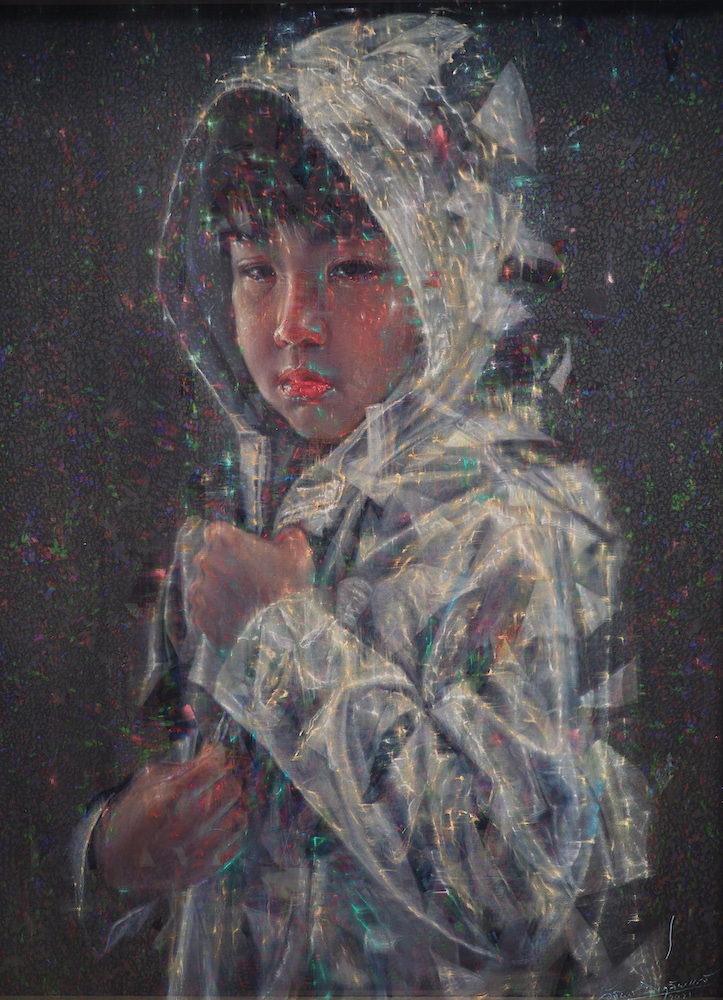 Nimmalaikaew is interested in creating three-dimensional painting over layers of carefully draped thread and netting, he has developed a unique mixing of media that produces mesmerizing three-dimensional, ‘Holographic’ artworks, which is giving the image a sparse, floating when arranged in a lot of layers. Formed into a shape that corresponds to the object on the installation. Nimmalaikaew’s distinct style illustrates and explains the Buddhist philosophy. The prototype chosen to create works that reflect the state of his mind is the source of suffering and the deterioration of the things being used.

Throughout his career, he has received numerous art awards.  The Prestigious First Prize: The Sovereign Asian Art Prize in 2006 in Hong Kong.  The First Prize: NATIONAL EXHIBITION OF ART in 2011 in Bangkok.  He was also invited to join the exhibition project “Ghosts and Hells in Asian Art” 2017 at Quai Branly Museum, Paris.  In 2020, his work was chosen to be part of Bangkok Art Biennale.

He currently lives and works in Bangkok.