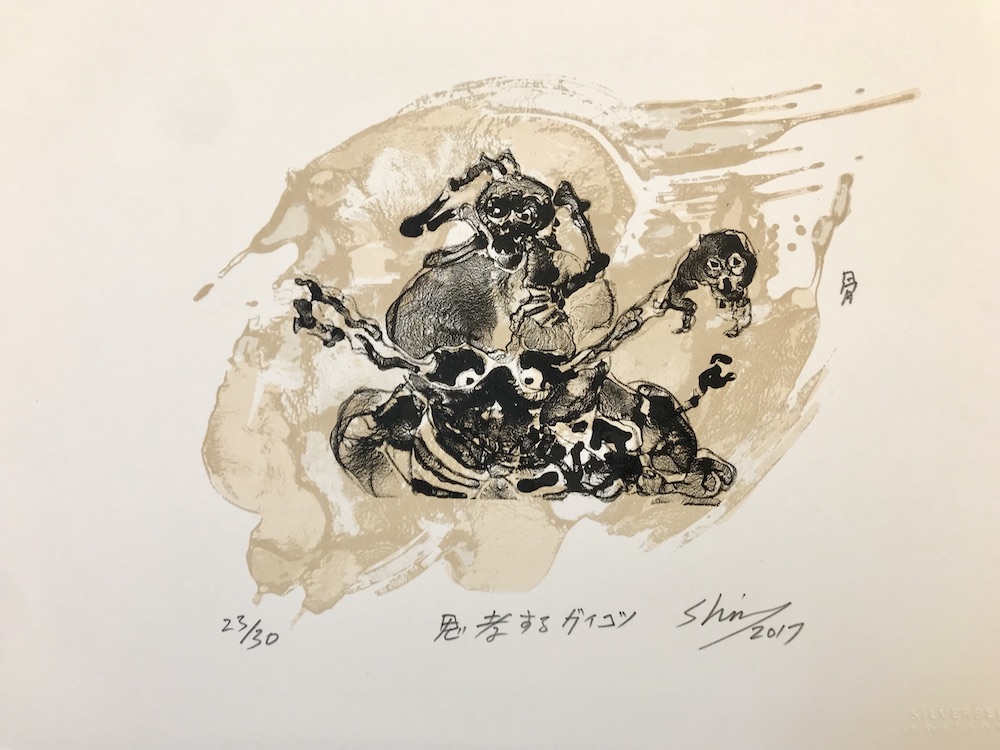 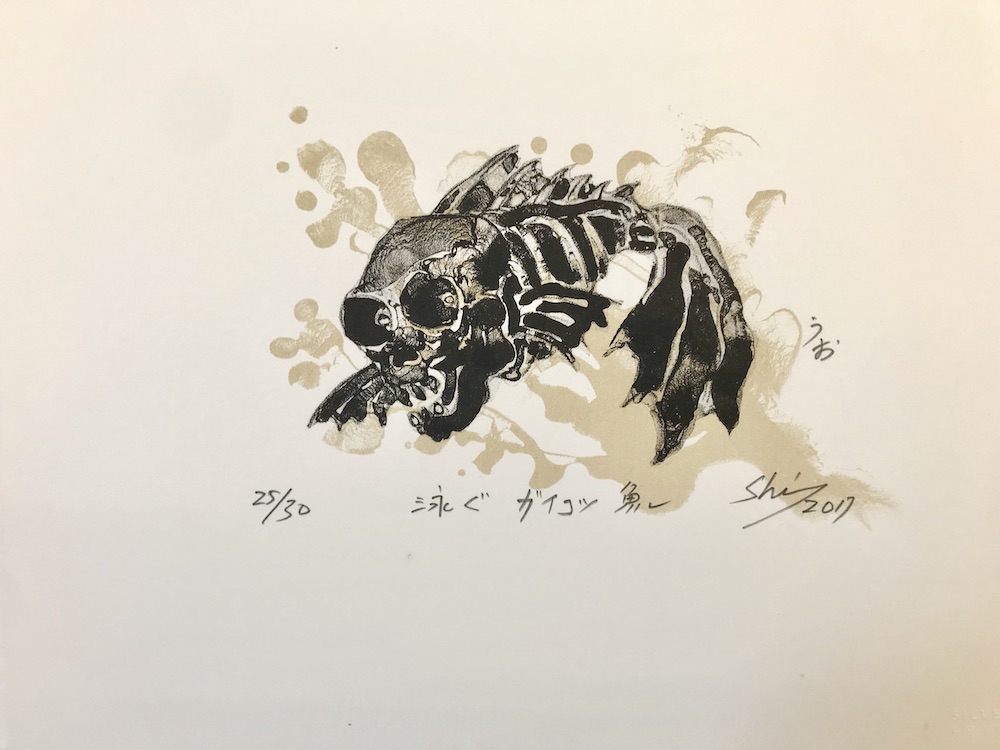 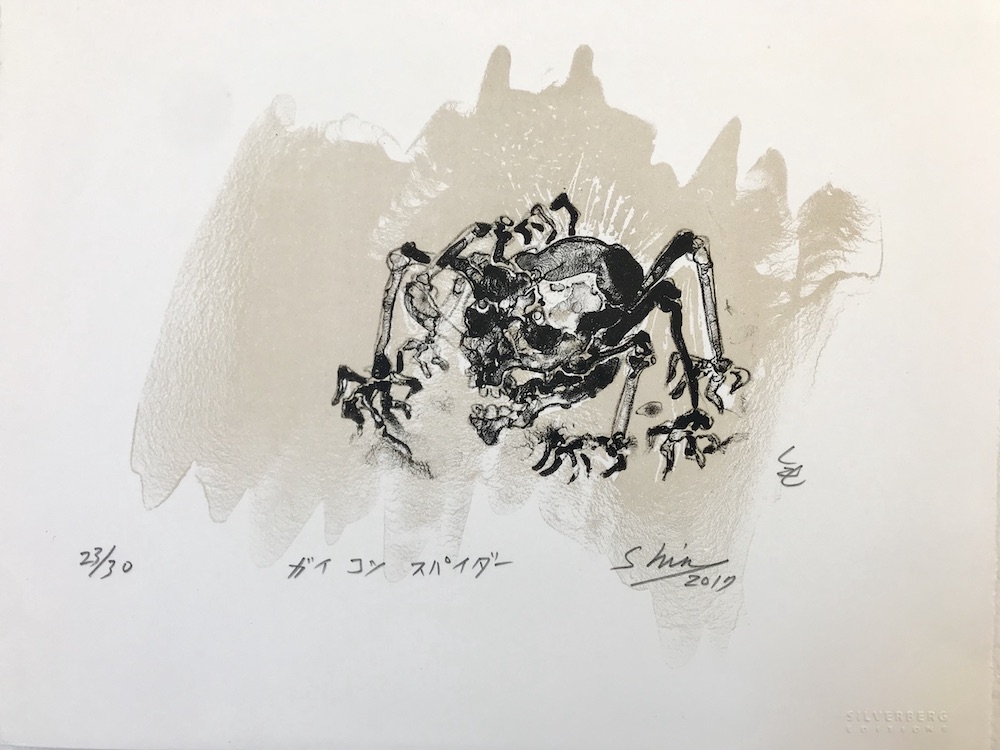 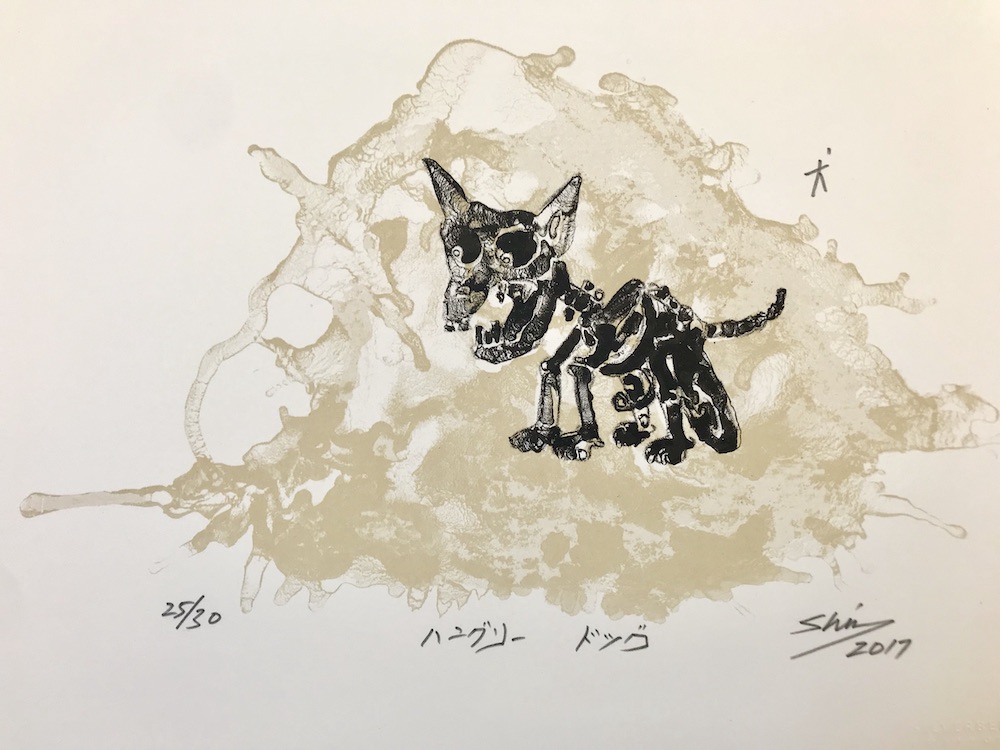 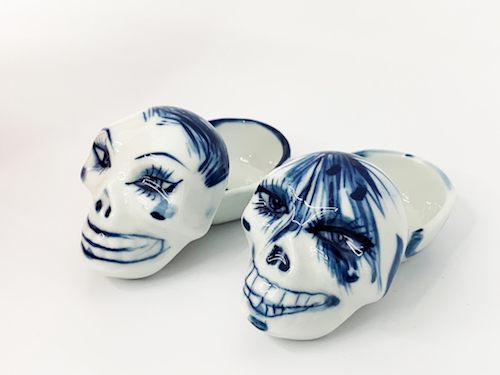 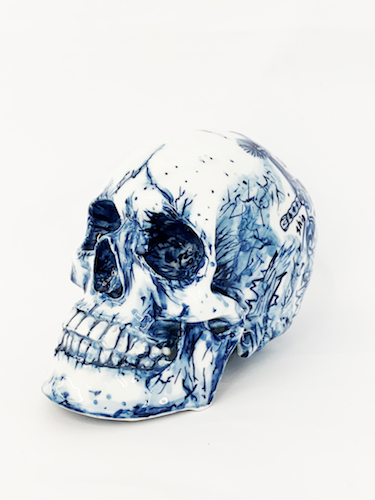 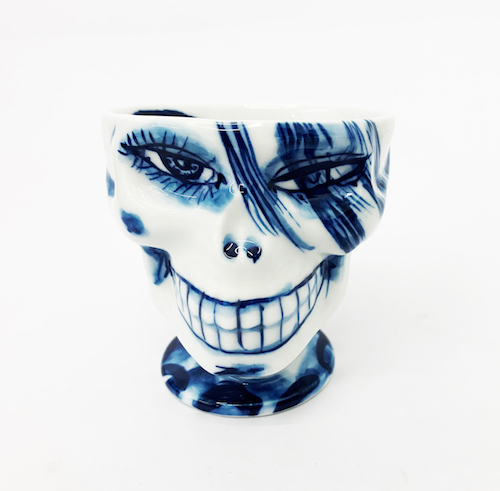 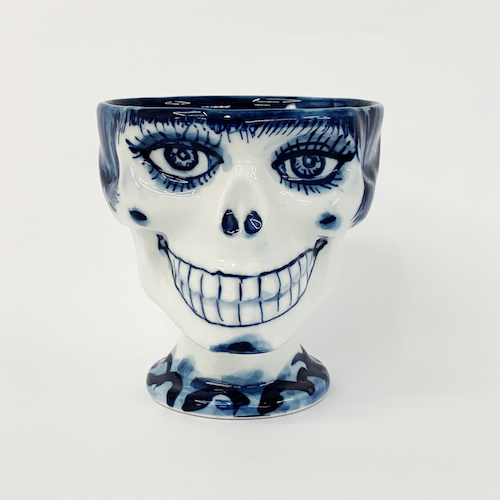 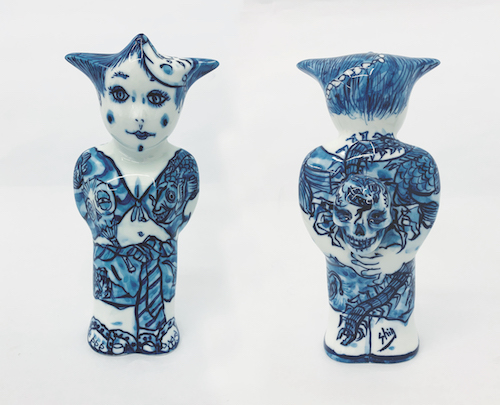 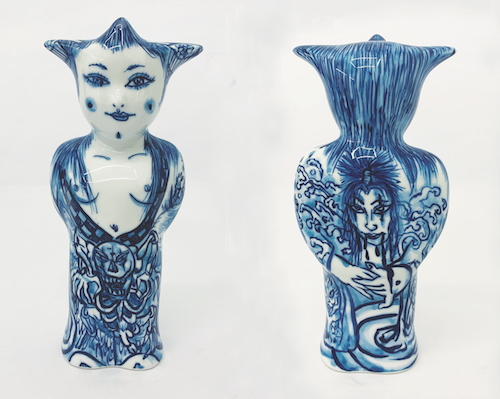 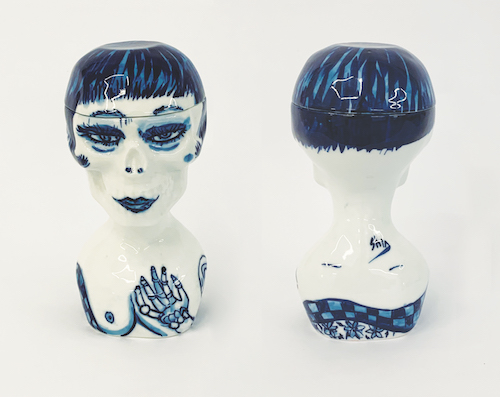 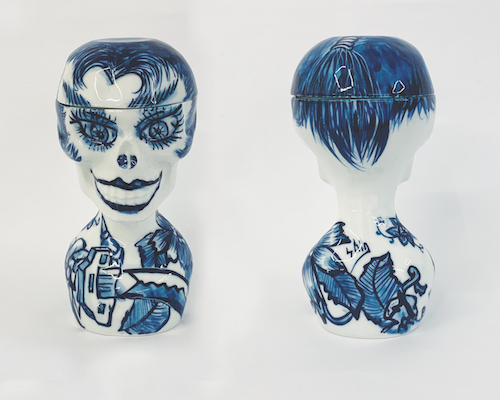 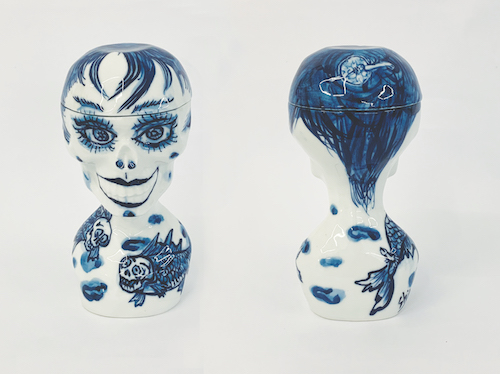 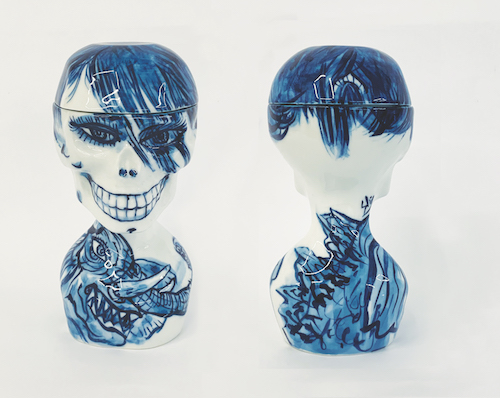 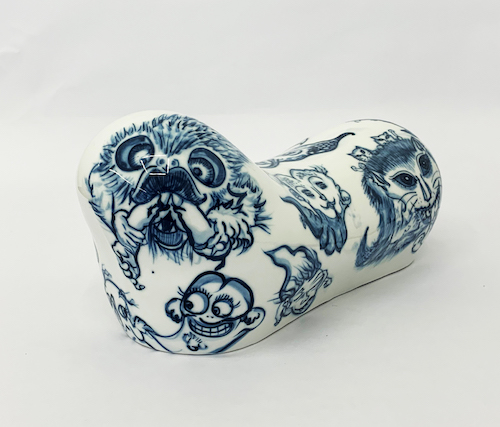 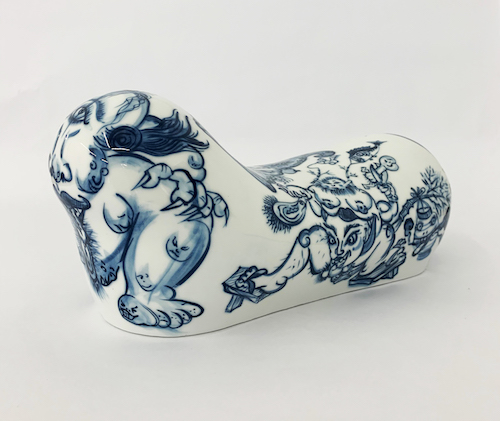 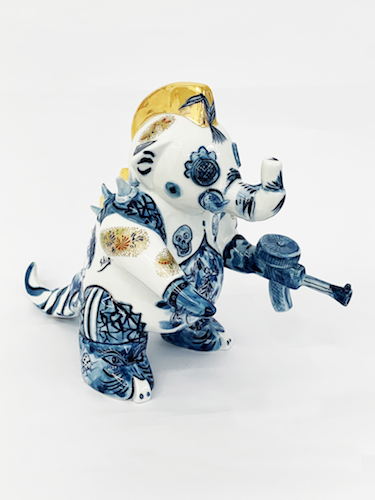 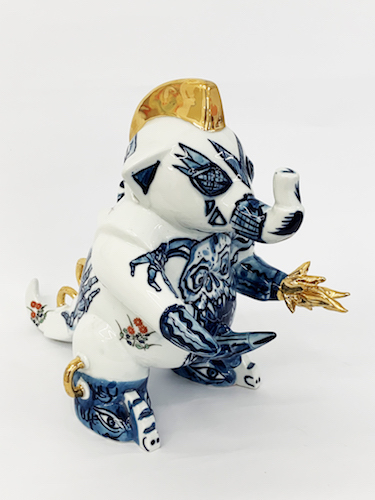 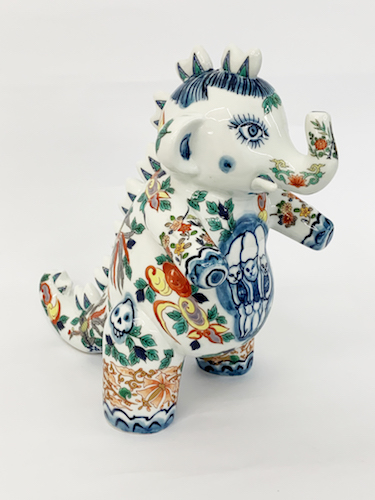 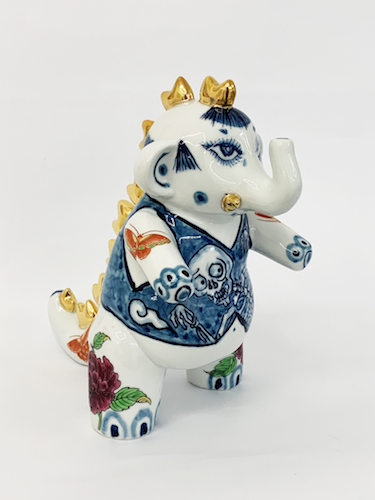 Born 1947 in Isesaki, Japan, Shin began work as a textile designer in Ishihara Sangyo as the fifth generation of the family weaving business. After a long career as a freelance illustrator and printmaker in Tokyo, Shin moved to Australia in 1983, where he established a printmakers gallery in Sydney. He is now based in Brisbane, Queensland and Fukuoka, Japan.

Working across various media, including printmaking, ceramics and acrylics, Shin deals with contemporary themes while drawing on traditional Japanese iconography and methodologies. His latest work is a re-examination of the narratives of Ryunosuke Akutagawa, author of Rashomon, and the way in which he deals with archetypal notions of fate and damnation.