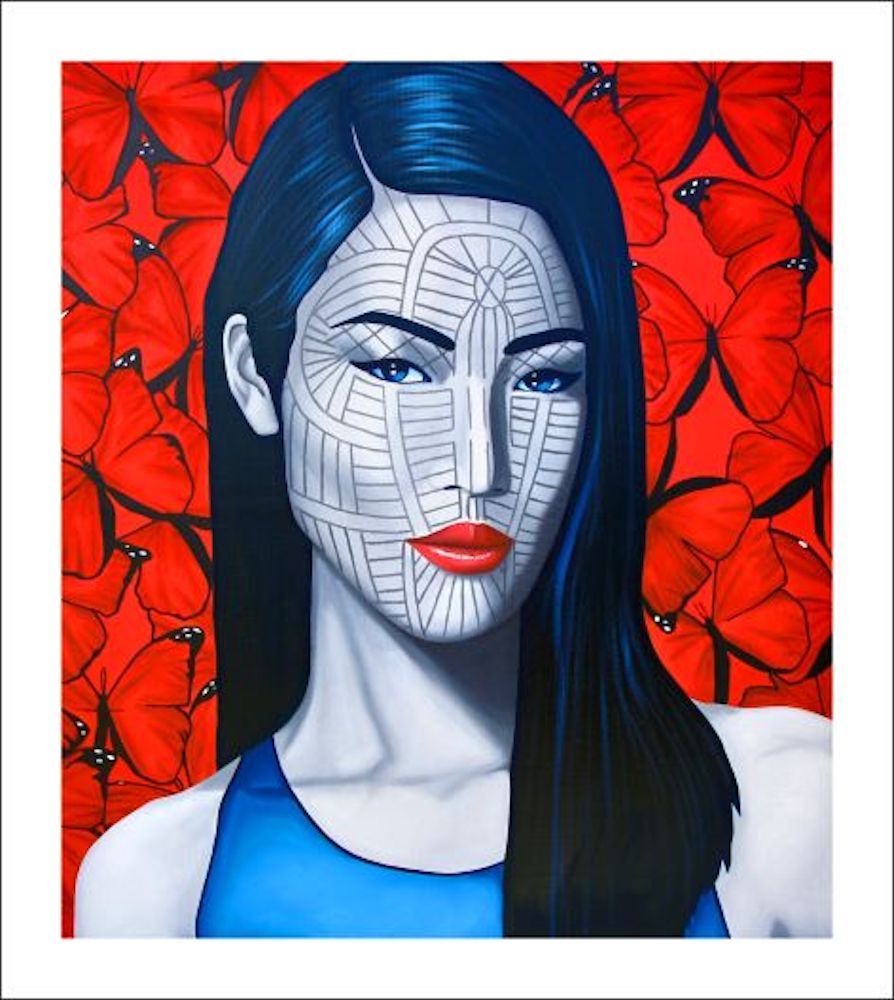 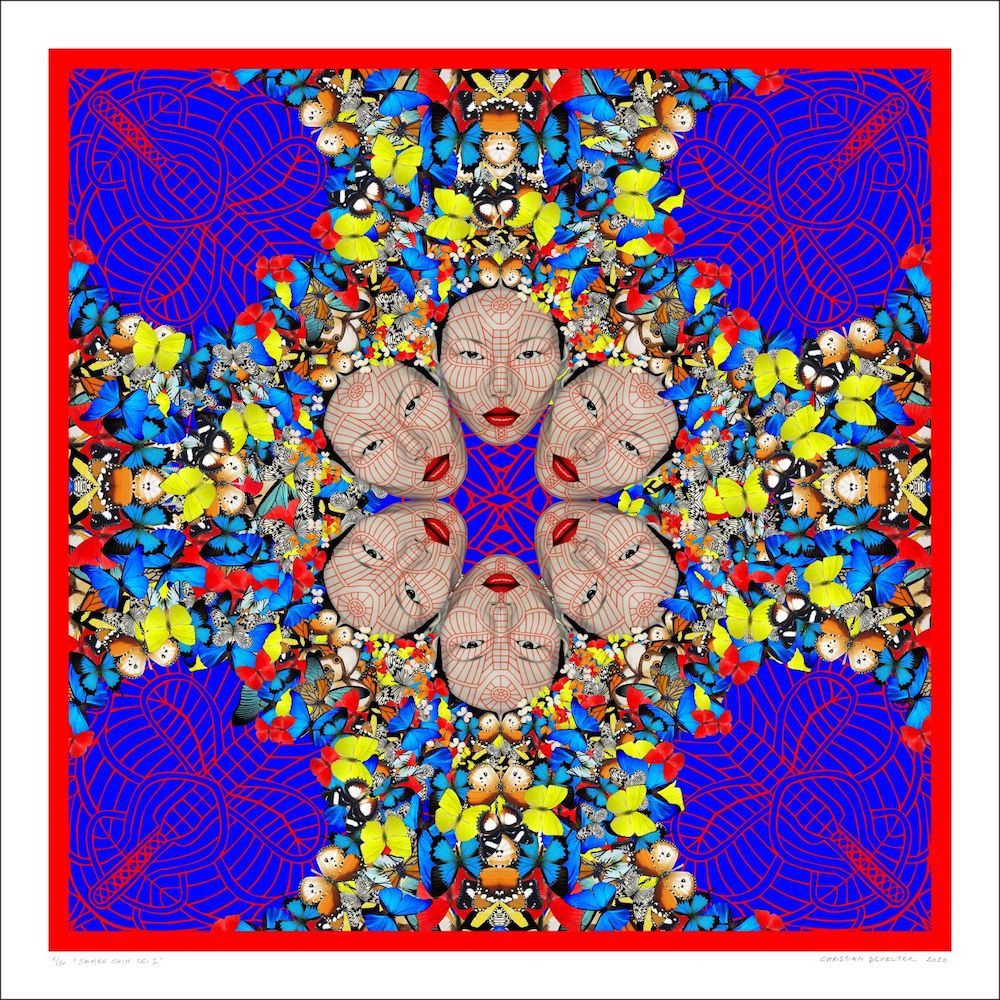 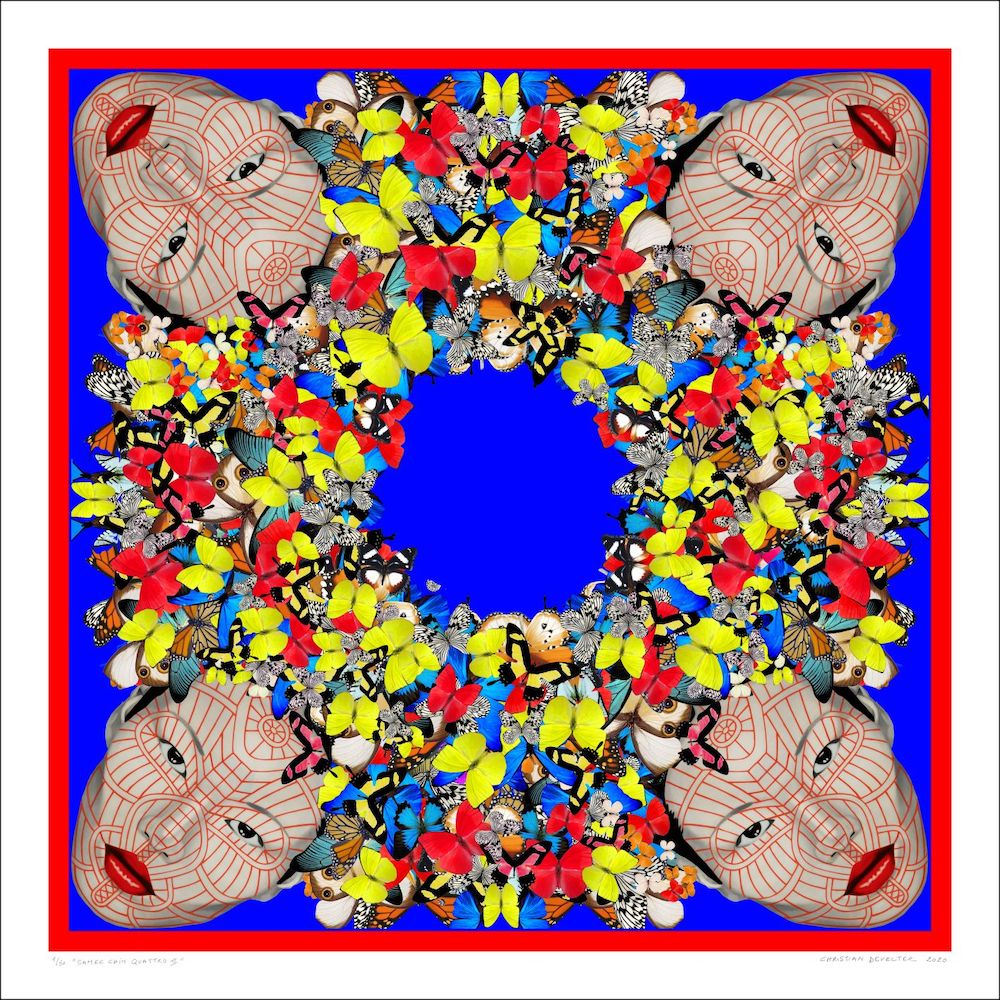 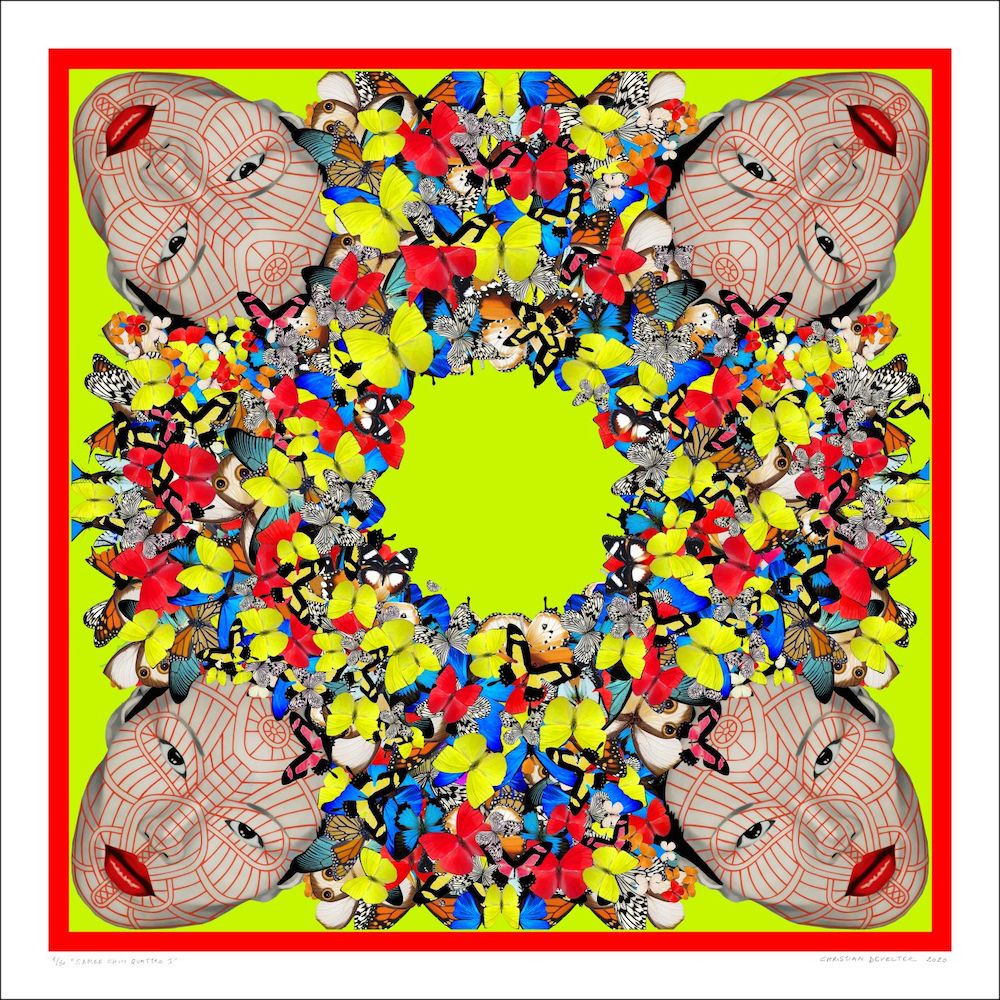 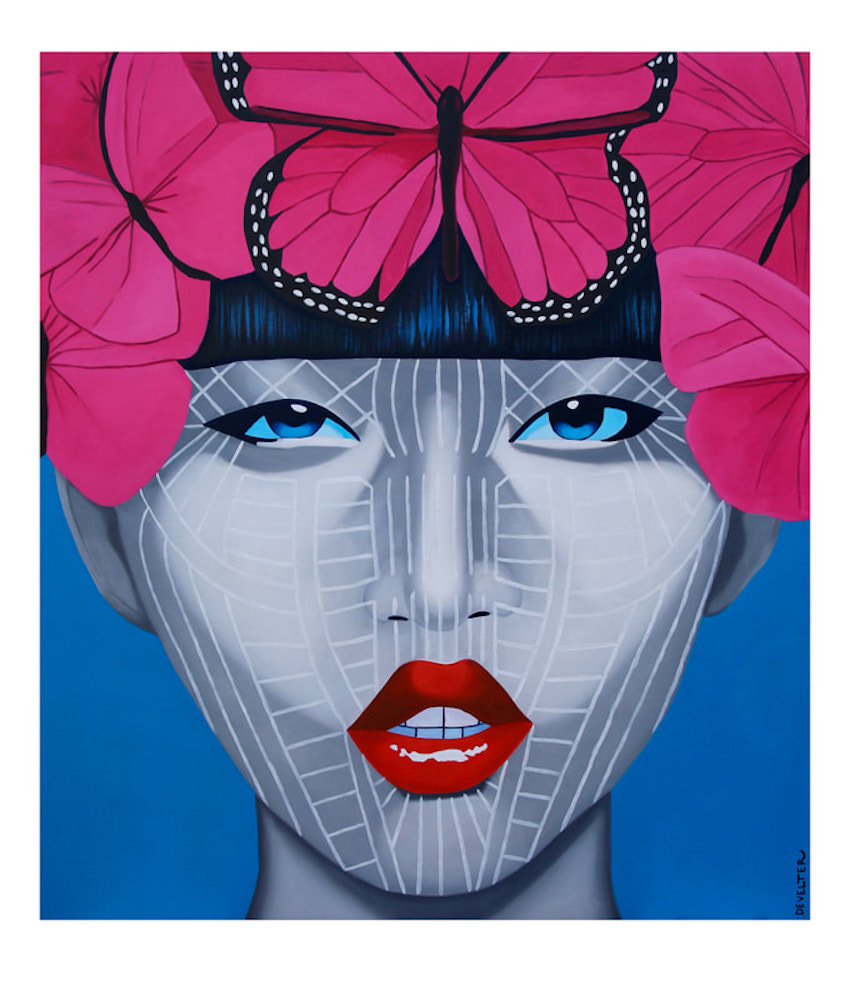 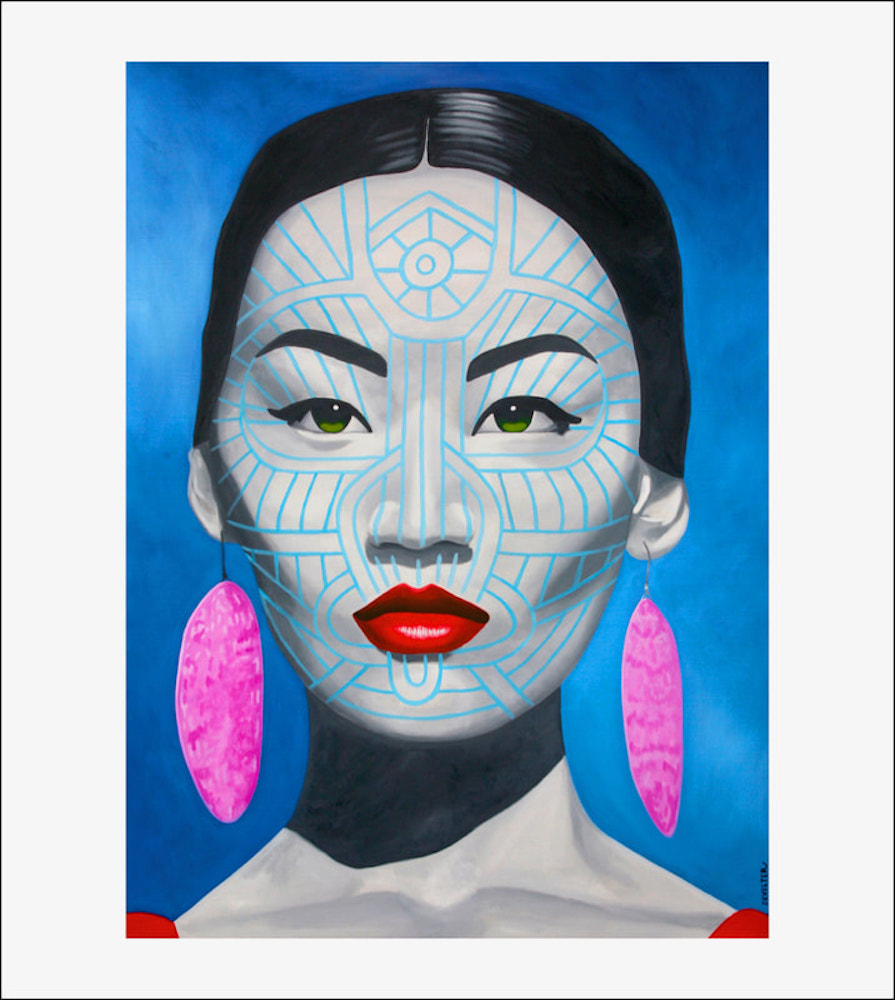 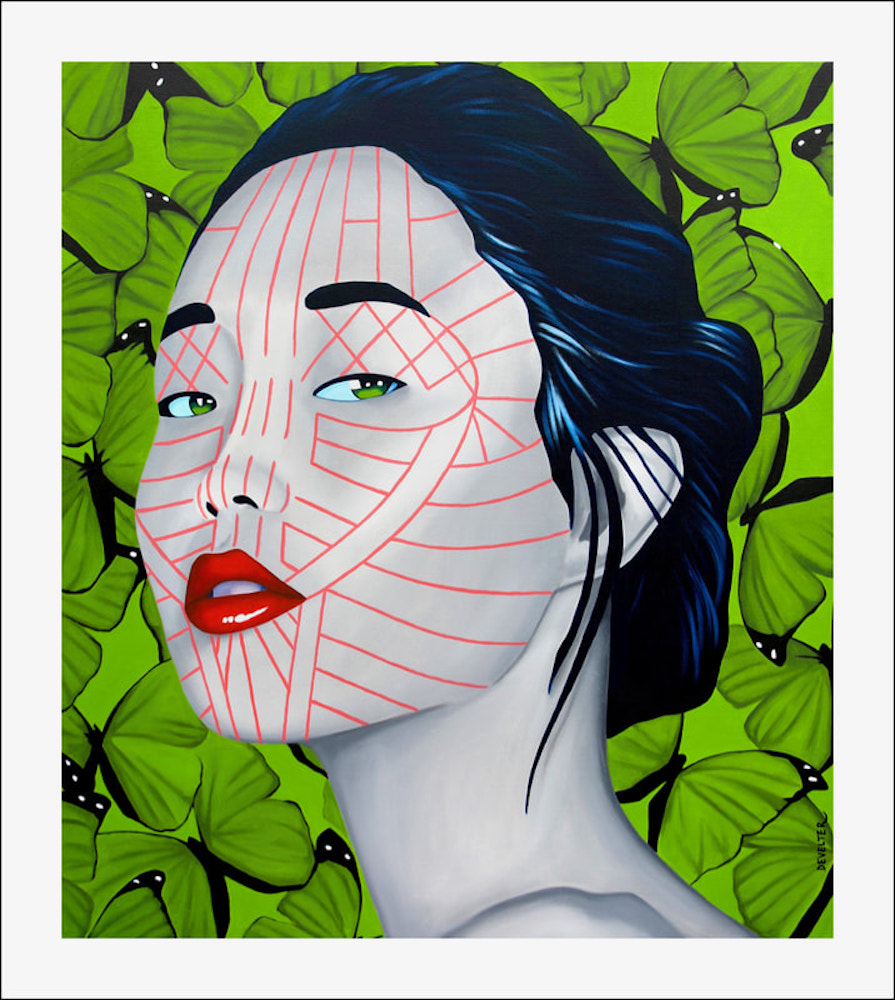 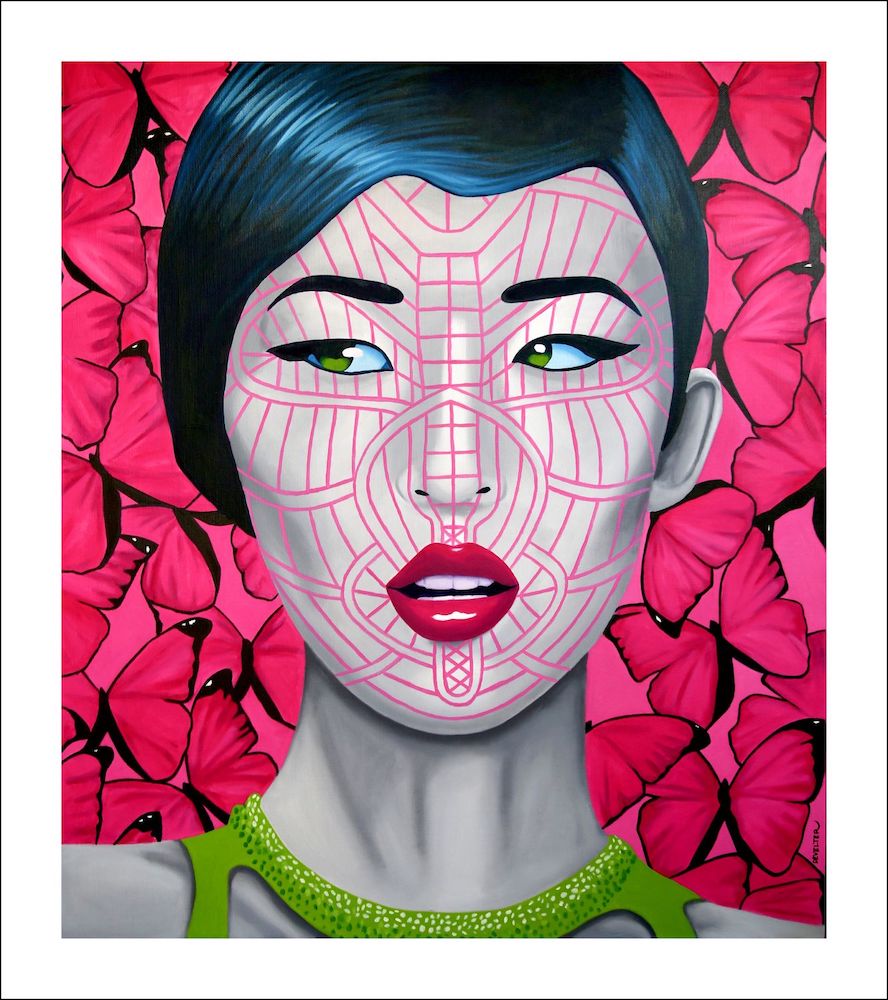 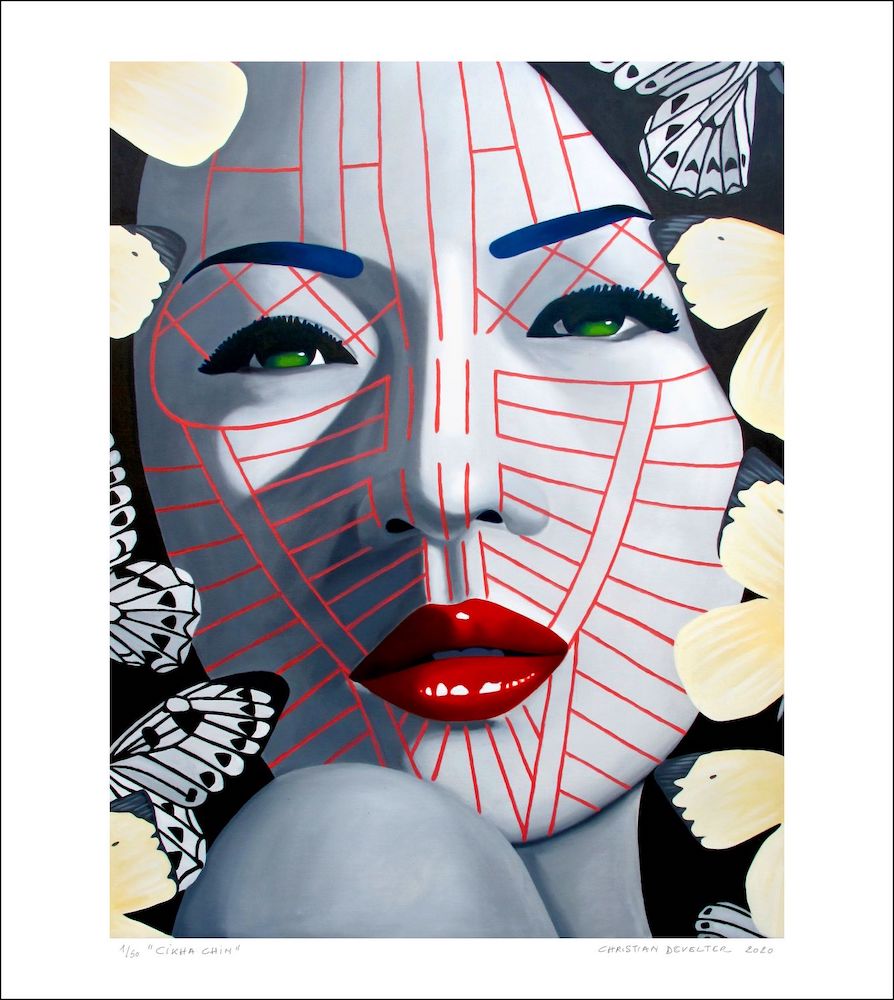 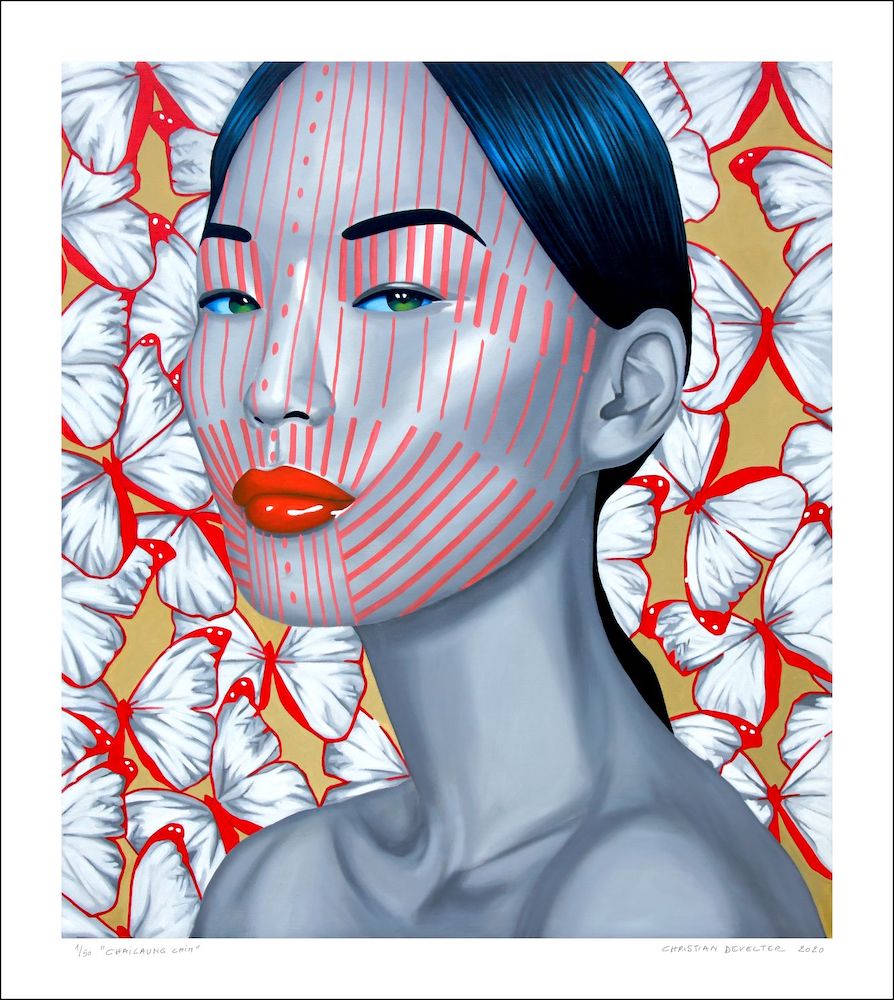 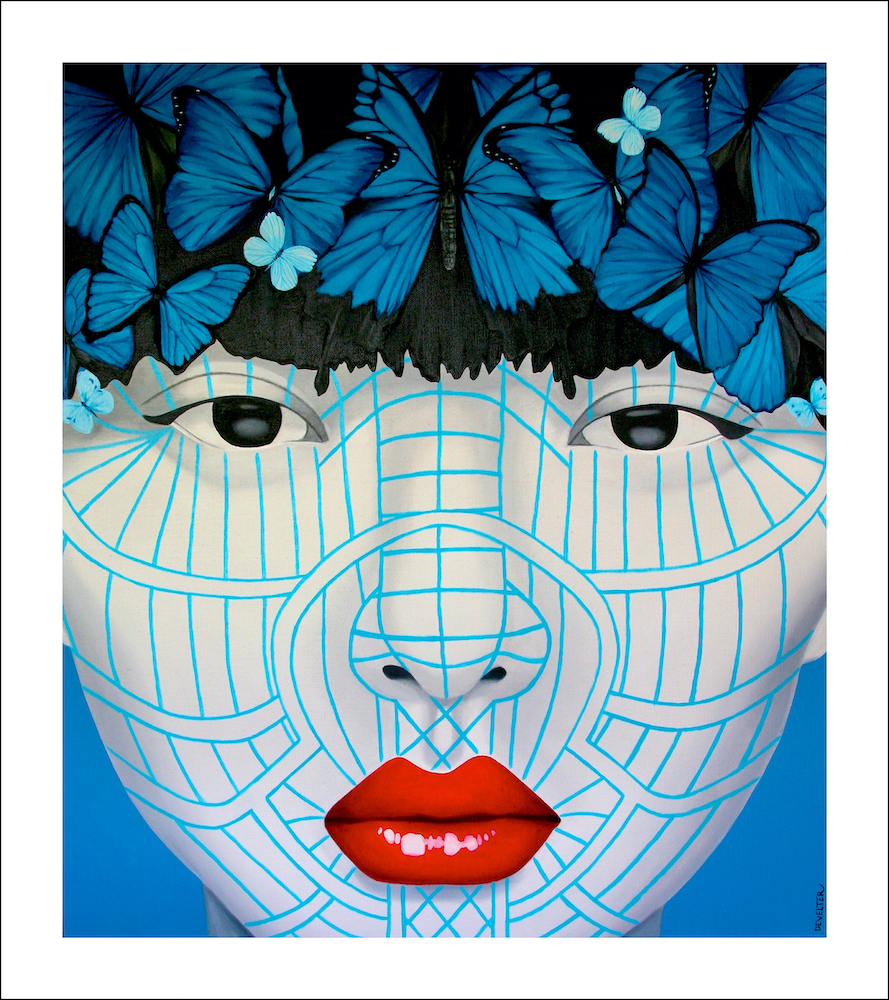 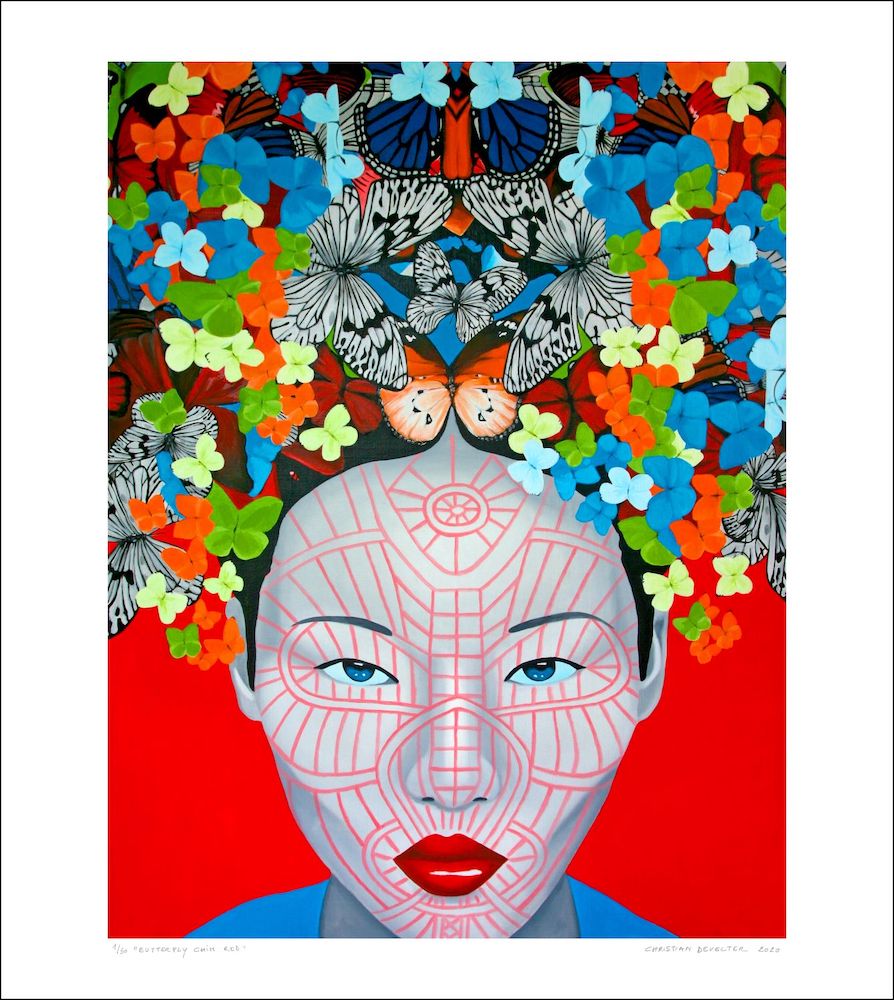 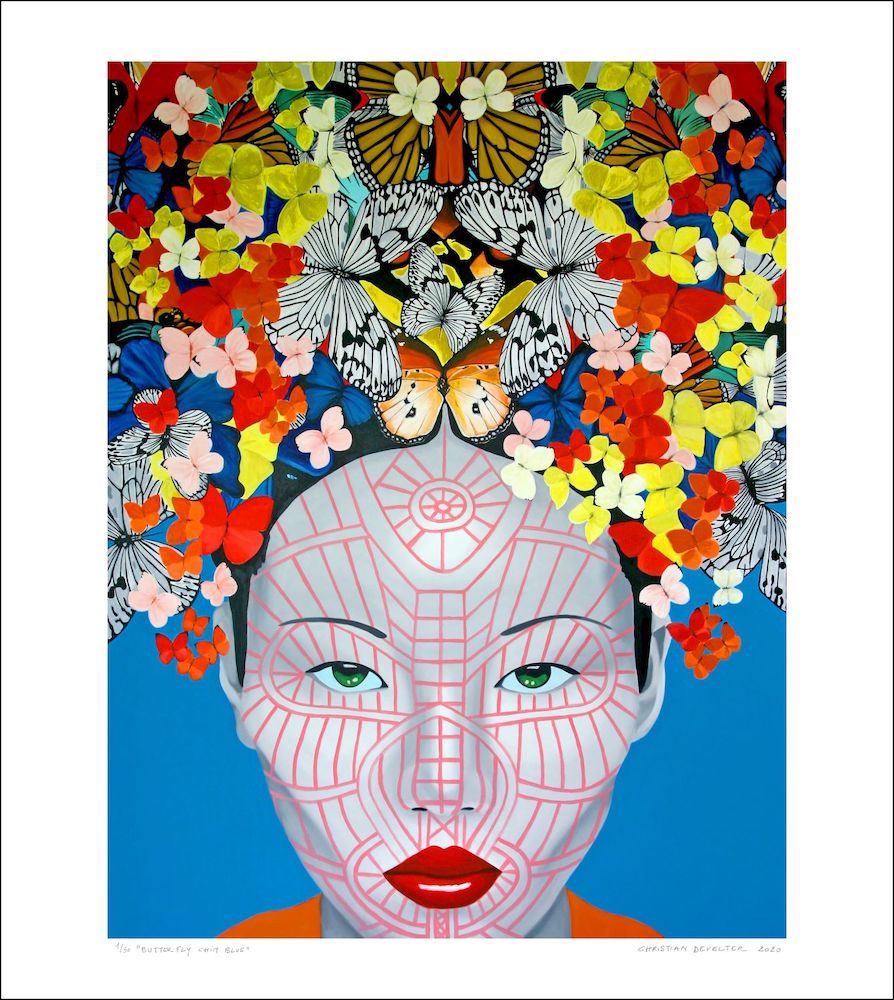 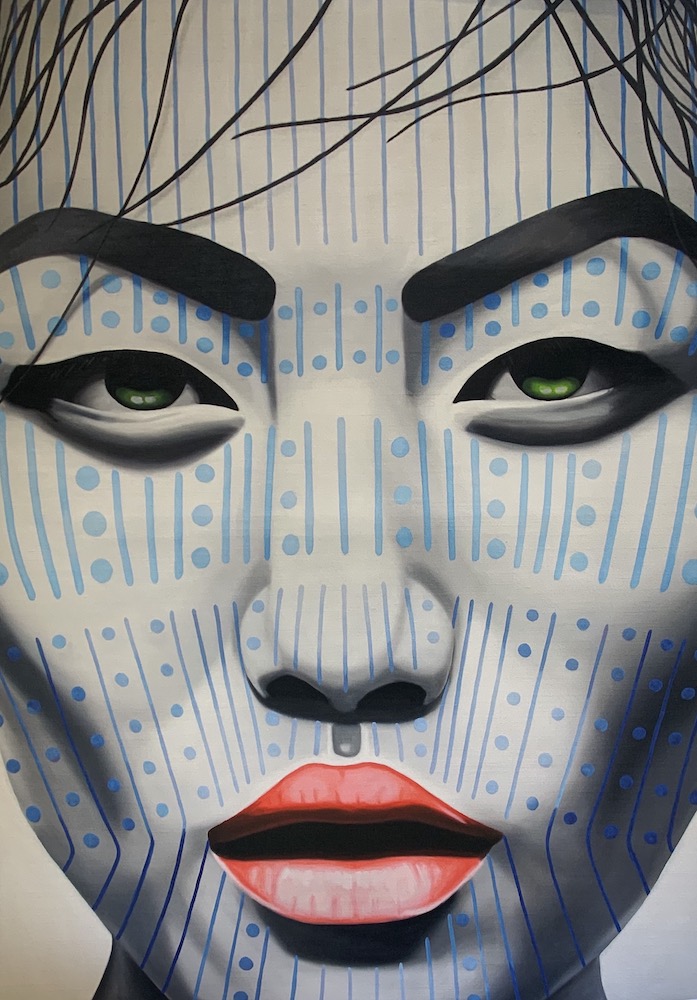 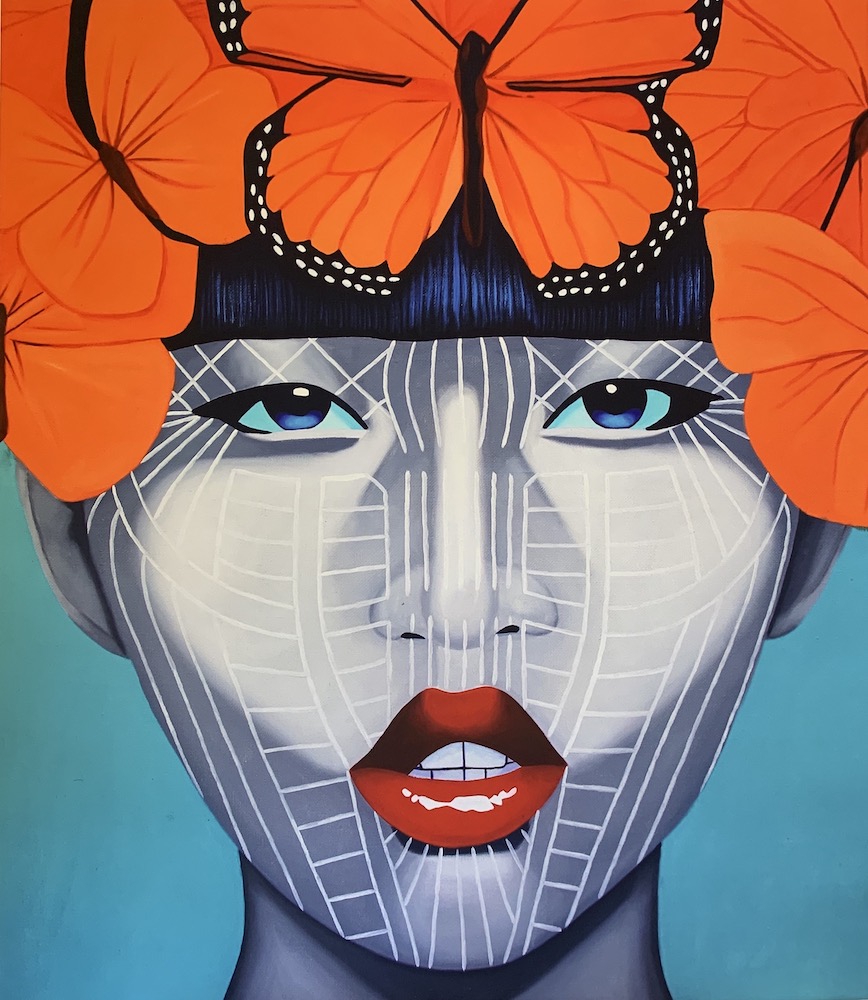 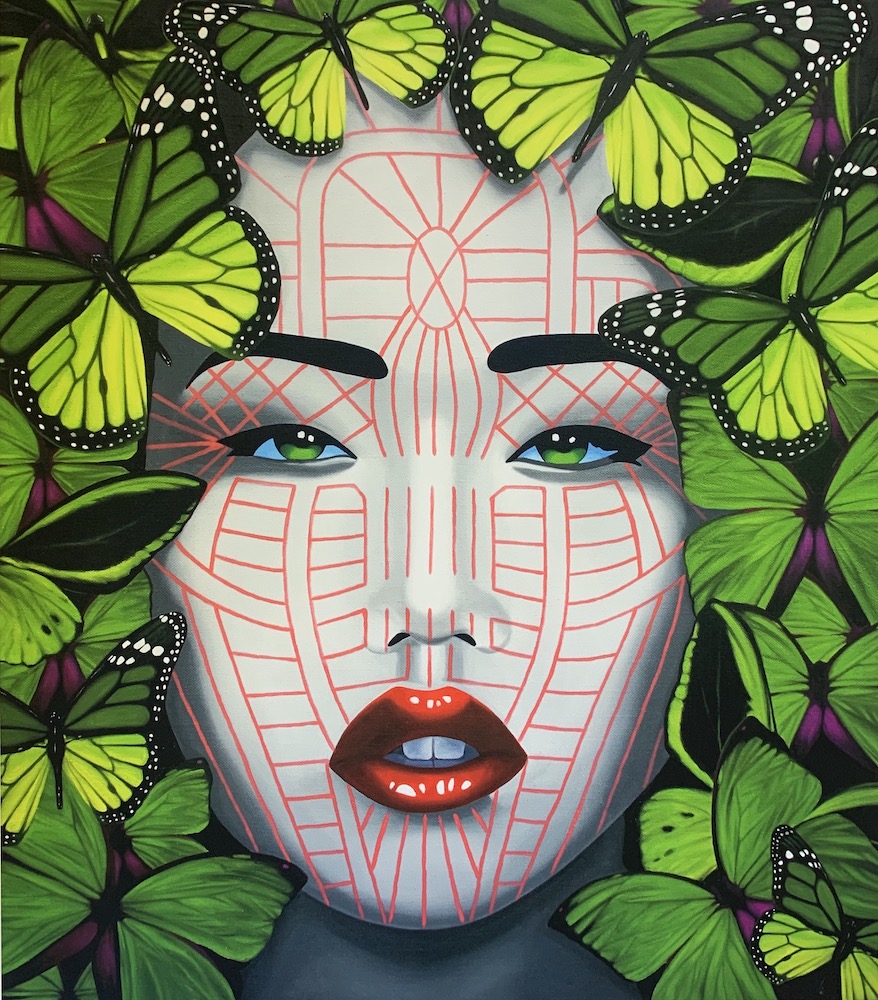 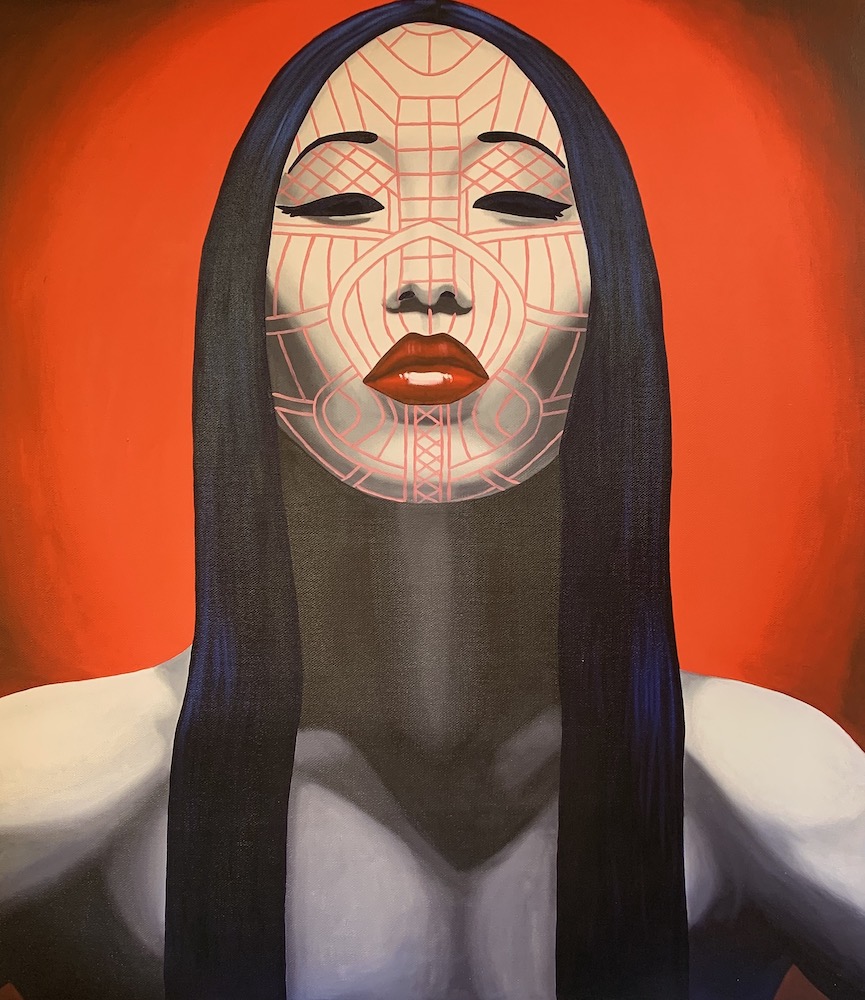 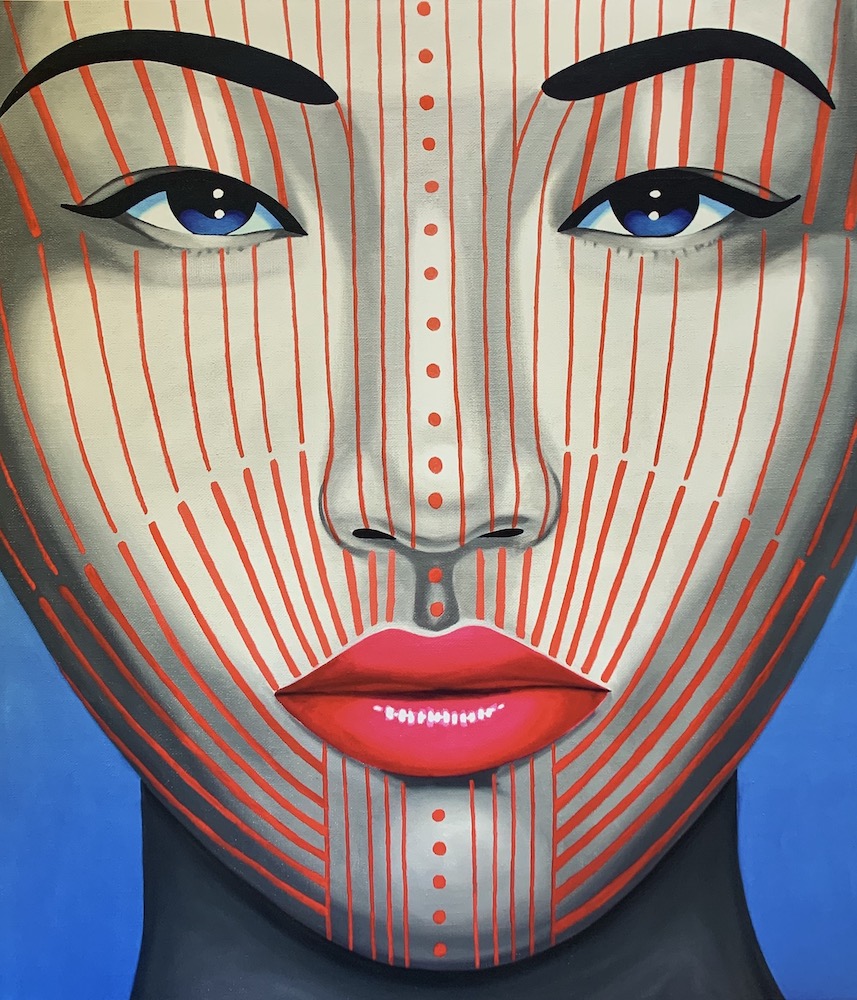 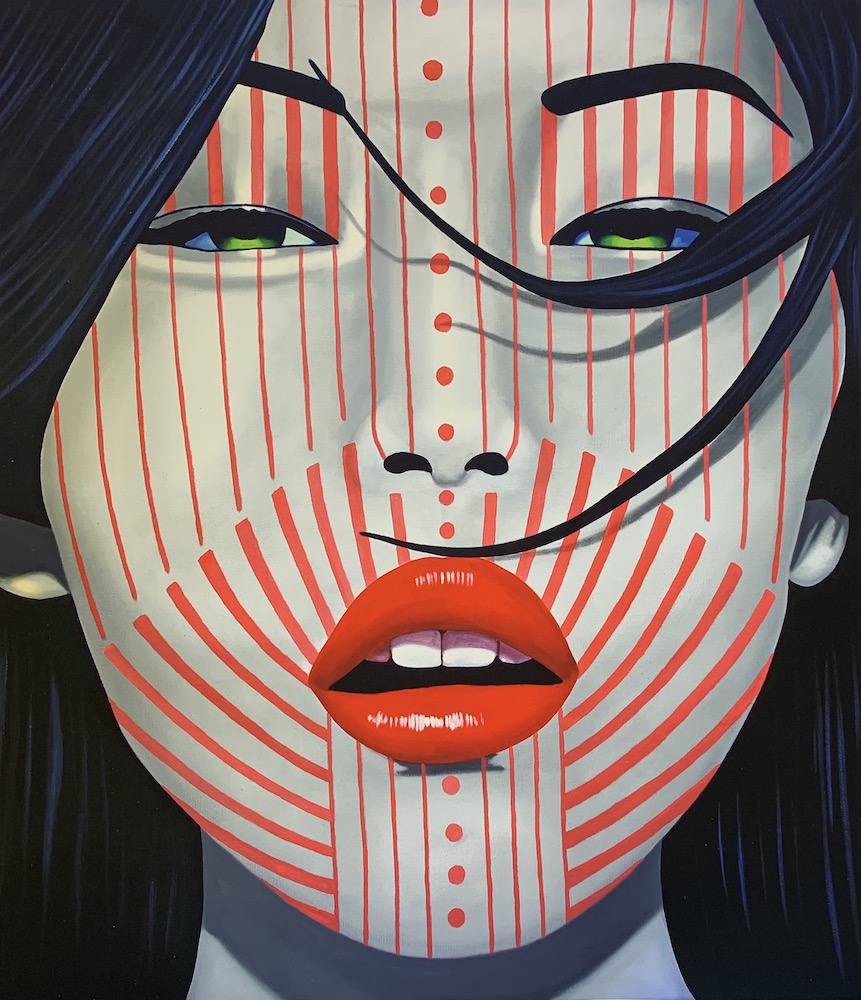 The inspiration for this body of work comes from the intricately tattooed faces of the Chin women located in the North-Western region of Myanmar.

The Chin tribe and their tattoos are relatively unknown to the outside world. These tribes in north-western Myanmar (Chin and Rakhine State) to this day use tattoo facial markings that is a centuries old tradition to distinguish one hill tribe from another along with their marital status and social ranking. Together with the Derung tribe in Southwest China’s Yunnan province, they are the only other tribe known to adhere to this traditional ancient practice. Both tribes are believed to be from the same Indo-Tibetan lineage.

In 2012, Develter travelled this region extensively and visited the remote tribes of the Chin region, in which this series is entitled. Each painting from this series is named after a village or area within the Chin region. The concept behind the works being the modern Asian face of today, overlayed with the tribal tattoos of where we have come from – grounding us back to our cultural roots and heritage. This striking collection of work is an invitation to explore the artist’s contemporary narrative of evolving cultures through his district creative style.

Belgium born artist, Christian Develter is a “global nomad” that has resided and worked in Asia since the mid-nineties. Christian uses oils as an instrument to portray his rich experiences of people and cultures around the world. As a highly versatile artist whose work pushes boundaries, he believes that despite cultural differences and starkly different socio-realities, there are moments that can be appreciated by everyone. These moments are the trigger of his inspiration.

Christian’s sense of beauty and the individual strength and spirit of his protagonists is developed through careful consideration of line, lighting and geometry as well as his perspicacious awareness of the power of colour to reveal that which is behind the surface of each character. At the heart of these works is a search not just for physical beauty but also for something of the spirit that embraces and motivates each one in our era of hyper celebrity.

The uniqueness of Christian’s work lies in his radical choice for strong colours and mixture of oils and acrylics usually preferring to combine them with bold shapes. His works are deeply powerful and compelling in the way they capture light and space in translating the artist’s desire to create large iconic works.

Christian studied art at Ghent Art School and was trained at the famous Antwerp Fashion Academy, soon to realize his passion for painting exceeded his love for designing clothes. Always joyful in composition, he presents a radiant kaleidoscope of shapes and forms. His choice to combine rough passion with playful humour and bright colours recalls the artist’s view of popular fashions and trends.

Develter’s world acclaimed works are housed in some of the most spectacular properties and art collections around the world including that of Royalty. His iconic works are also on permanent display in legendary hotels across the globe including the Copacabana Palace Hotel – Rio, the Mandarin Oriental – Bangkok, The Belmond D’Angkor – Siem Reap, The Raffles Grand Hotel – Angkor Wat and Raffles Hotel Le Royal – Phnom Penh. 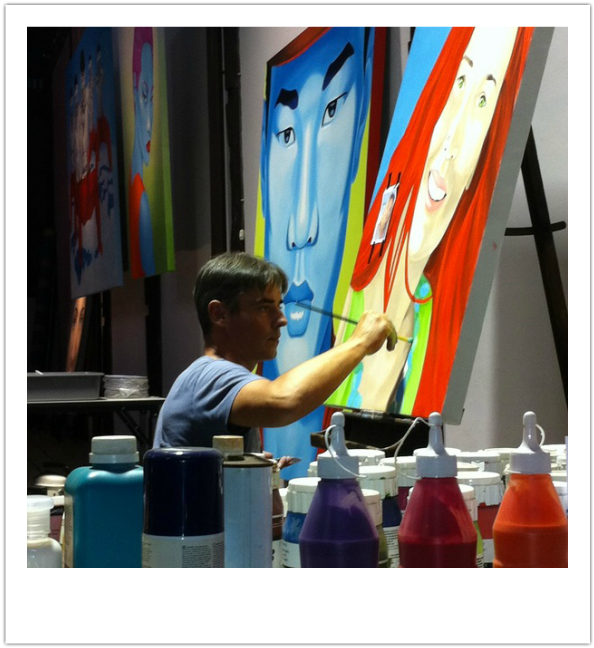